Understanding Others: Ignatian Reflections on an Intellectual Virtue

A public lecture by Dr. Stephen Grimm, Professor of Philosophy and Chair of the Philosophy Department at Fordham University in New York

In his Spiritual Exercises, St. Ignatius claims that “any good Christian has to be more ready to justify than to condemn a neighbor’s statement.” In other words, we should first try to put another’s point of view in the best possible light, rather than view it harshly or with suspicion. But is this good advice, if we are trying to form true beliefs about another person’s character or motives? In this talk I develop the idea that a person following Ignatius’s advice is best thought of as an understanding person, and I claim that an understanding person is indeed an intellectually virtuous person, rather than a naïve or misguided one.

Stephen R. Grimm is Professor of Philosophy and Chair of the Philosophy Department at Fordham University in New York. He received his B.A. from Williams College, and his doctorate from the University of Notre Dame. While at Fordham he has received the Undergraduate Teaching Award in the Humanities and the Faculty Research Award in the Humanities. He is the current President of Philosophers of Jesuit Education and Lifetime Member of Clare Hall, Cambridge University. From 2013-2016 he directed the 4.3 million dollar Varieties of Understanding project, jointly funded by the John Templeton Foundation and the Henry Luce Foundation.

This event is part of a series of lectures and other events on “Virtue Epistemology and Ignatian Spirituality and Pedagogy” sponsored by the Robert H. Taylor S.J. Chair in Philosophy, with additional support from the Academy of Catholic Thought and Imagination (ACTI). “Virtue epistemology” is an approach to the philosophical study of knowledge that examines the role of personal agency, volition, motivation, and emotion in the life of the mind. Ignatian spirituality and pedagogy are similarly concerned with the role of personal qualities and capacities in “epistemic” activities like self-examination, prayer, teaching, and learning. The present project explores the intersection between virtue epistemology and the spiritual and pedagogical practices inspired by St. Ignatius of Loyola. For more information about project events, contact Jason Baehr, Professor of Philosophy, at jbaehr@lmu.edu. 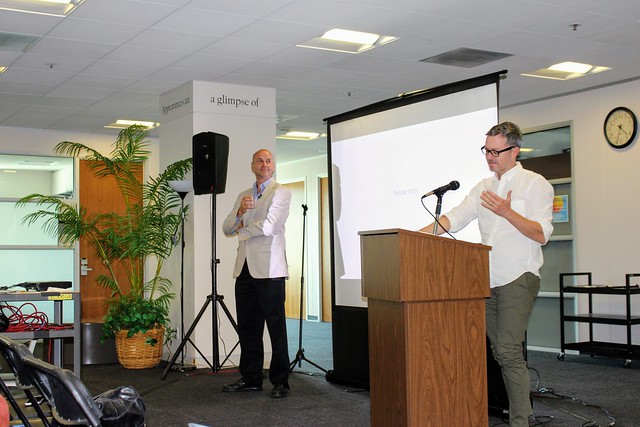