LA County STEW-MAP was launched in 2013 by LMU CURes, with support from the Forest Service Northern Research Station. The approach and timeline for the project are shown in Figure 1. 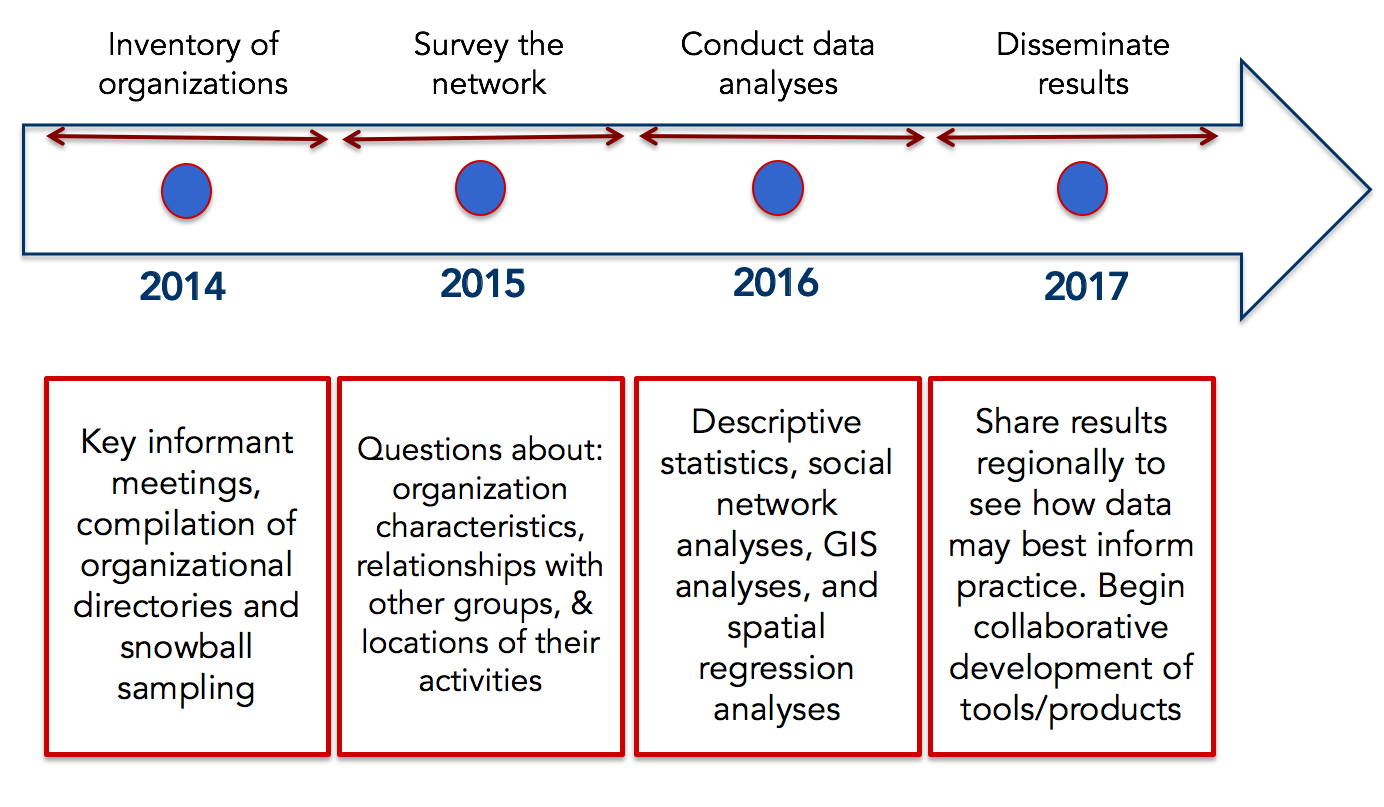 The survey was sent in 2014 to 715 groups and organizations participating in environmental stewardship in Los Angeles County. We received responses from 140 stewardship organizations (20% response rate) and geographic descriptions of stewardship turfs from 115 organizations. Preliminary survey results were presented at the Southern California Academy of Sciences (SCAS) Annual Meeting in May 2016, and at the partners meeting of the LA Urban Center for Natural Resources Sustainability in June 2017 (see Products, below).

The initial analyses revealed that survey respondents represented organizations from all sectors, with majority (57%) non-profit and about one-third (35%) public. Analyses of the responses to the networking question "who do you collaborate with on stewardship projects?" showed a stewardship network with non-profits as the most active organizations (Figure 2).

Figure 2: Network of stewardship organizations and their collaborators. Size of node is relative to the number of ties.

Preliminary spatial analysis of the self-identified geographic territories- or "turfs"- of stewardship organizations showed the scope of stewardship activities in LA County (Figure 3).

One applied goal of the project is to inform development of a suite of online, publicly available tools that can facilitate local and regional natural resource planning and management. In 2016, the LA Urban Center for Natural Resources Sustainability partnered with LMU CURes to support the development of STEW-MAP research driven products. Two participatory workshops were held in Summer 2017 with Los Angeles practitioners to share LA STEW-MAP results and gather input on how the data could be applied in their work. The workshops were attended by 27 participants, who provided feedback and helped prioritize STEW-MAP products. Deliverables expected from the workshop include the presentation slides, a white paper of LA STEW-MAP results, and a publicly available data layer hosted on the CURes website.

In addition, CURes researchers attend quarterly meetings of the national STEW-MAP program and have contributed to multi-city products. Participation in a national research effort allows us to not only understand the patterns of stewardship organizations and their networks in Los Angeles, but also to compare with other cities in the country. 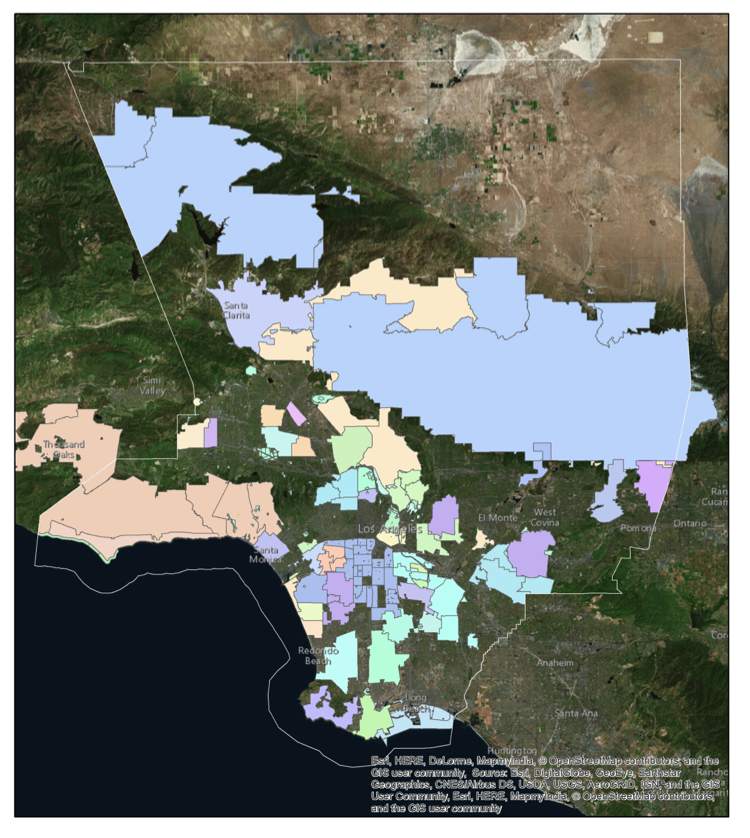 Figure 3: A map of the stewardship turfs of 91 LA County organizations. For visual clarity, this does not include the 24 organizations who reported working city or region-wide.

Romolini, Michele (2016). LA Stew-Map: Examining the Who? Where? How? of Urban Environmental Stewardship. Presentation as part of the "Addressing Climate Change in California: Policies, Initiatives, and Public Attitudes" symposium at the 125th Annual Meeting of the Southern California Academy of Sciences, Los Angeles, CA: May 6-7, 2016. PDF