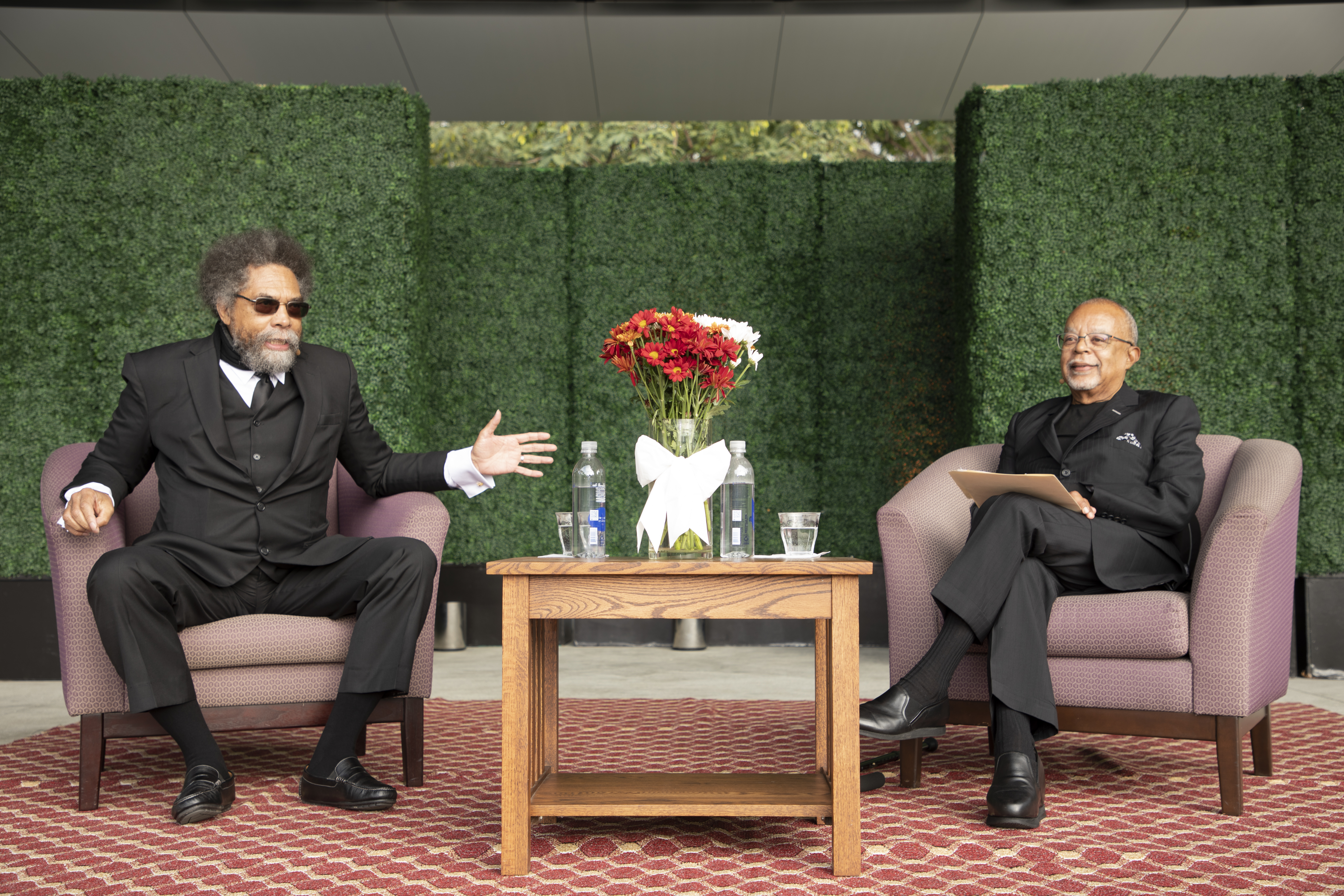 Professors Henry Louis Gates, Jr., and Cornel West came together at Loyola Marymount University as part of the “Global Conversation” series to discuss the prevalence of culture wars in the U.S. and worldwide. Gates, Jr. and West are two of the most renowned scholars and public intellectuals in the country; embodying the intellectual response to who we are as a nation defined and often divided by our religious, economic, and racial diversity. Drawing on African American history and personal experiences, their talk will encapsulate the way we have lived in the past in terms of race and color, the way we live now, and the ways we can engage and celebrate our commonalities and differences for a better future.

Organized by:
Marymount Institute for Faith, Culture, and the Arts

The Marymount Institute hosts events in the Marymount Center and throughout the LMU campus. Past events include Samarkand, at which Nobel laureate and LMU professor in residence Wole Soyinka turned campus into a global marketplace, replete with musicians, poets, religious leaders, and performers of many other stripes.

Common events include lectures, panels, discussions, readings and screenings that speak to the mission of the Institute. Check our calendar for upcoming events, or peruse the list of past events below.

The Music and Activism of Bob Marley and Fela Kuti

A Conversation with Patricia Clarkson

A Conversation with Ron Rifkin

The Naked Option: A Last Resort