Megan Barnes earned her B.A. in English Literature from Belmont Abbey College and M.A. in English Literature from Loyola Marymount University. It was during this time as a Teaching Fellow in the English department that Megan was introduced to Rhetorical Arts; she has now been teaching this class since 2014. In 2017, she initiated a freshman writing competition that coincides with the annual Rhetorical Arts Festival. The competition results in the publication of freshman persuasive research papers in the faculty edited journal, Write Now Issues.

Megan’s academic work focuses on 18th and 19th century Oceanic Literature with an emphasis on the ways in which typified terrestrial texts utilize water spaces (such as lakes, oceans, and rivers) to comment on the fluidity of race, gender, and class at the time of their writing. She wrote a chapter focusing on Moby-Dick in an upcoming book entitled The Sea in the Literary Imagination: Global Perspectives. Megan has presented and been featured at numerous national and international literary conferences and currently working on an article length piece focusing on sovereignty rights and the question of citizenship on non-land based spaces.

Teah’s academic work is focused primarily on Postcolonial Studies, Caribbean Literature, and Modern British Literature.  She contributed a foreword to the book “In Due Season:” Essays on Novels of Development by Caribbean Women Writers by Dr. Lucy Wilson.  More recently, she co-authored an article on Ibn Battuta for Groniek, a Dutch English language historical journal. In addition to her critical work, Teah has published creative work in Mudfish and Westwind.

Laura Poladian is a Rhetorical Arts Fellow and current writing instructor for Religious Identity: Literature, Philosophy, and Rhetoric. She has previously served as a writing instructor in History, Women’s Studies, Theater, Music, and Irish Studies. Her teaching interests include incorporating Archives & Special Collections and The Spiritual Exercises into coursework.

Eugenio Volpe is author of the eBook The Message. His stories have appeared in Salamander, New York Tyrant, Post Road, Contrary, The Nervous Breakdown, The Good Men Project, BULL, and dozens more. His unpublished novel won the PEN Discovery Award. He has received both Pushcart and Best of the Net nominations. He earned an MFA in Creative Writing from the University of Southern Maine.

Jake Young has been teaching composition, creative writing, English literature and literary nonfiction for over ten years. He has taught widely, including creative writing instruction at Sichuan University in Chengdu, China, as well as initiating, developing the curriculum for, and then teaching the first course module of the new creative writing track at the National University of Singapore in 2008. His work has appeared in Creative Nonfiction, among other places, and both his fiction and nonfiction have been recognized for numerous awards. He is currently at work on a novel as well as a suite of short stories. He earned his A.B. in English-Creative Writing from Princeton University and his M.F.A. in Creative Writing-Fiction from Arizona State University. In 2014, at LMU, he received an inaugural Core Course Development Summer Grant for Writing Instructors through the CTE. He is in his fifth year of teaching at LMU, and continues his work with first-year students on their written, oral and research skills as a Rhetorical Arts Fellow. He also served as an interim Contingent Faculty Senator for the Spring semester, 2017.

Dr. Hua earned her Ph.D. in English with specialization in African American and Asian American literature and culture, feminist theory, and critical theory, from the University of California, Irvine.  From 2002-2005, Dr. Hua served on the Modern Language Association’s Committee on the Status of Women in the Profession, during which time she contributed to developing a national survey on mid-career academic women, the results of which are published in the Association’s journal Profession (2009). In 2012, Dr. Hua was awarded the 2012 Joe Weixlmann Prize by African American Review for her article “Reproducing Time, Reproducing History: Love and Black Feminist Sentimentality in Octavia Butler’s Kindred.” She has since written critically on affect and intimacy in teaching and coalition for The Feminist Wire, and has a chapter forthcoming in the volume Teaching and Emotion.  She is currently completing a manuscript entitled To Love and Die: Scaling Affect, Narrative Discrepancy, and Intersectional Theory.

Dr. McClain's academic work focuses on textual hermeneutic methodology and interactive texts. His work has been published in Film Studies, The New Review of Film and Television Studies, The Journal of Film and Video, and The International Journal of Communication, among other places.  His book Textual Hermeneutics: A User's Guide and Radical Manifesto will one day be published and you will read it and think it's great. 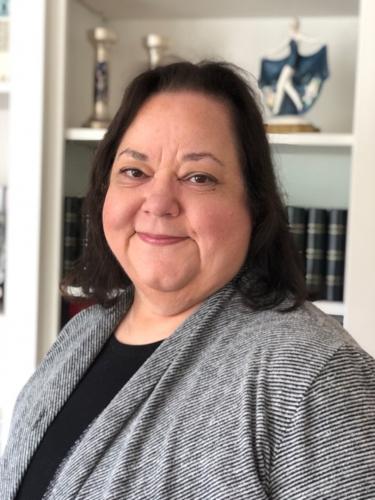